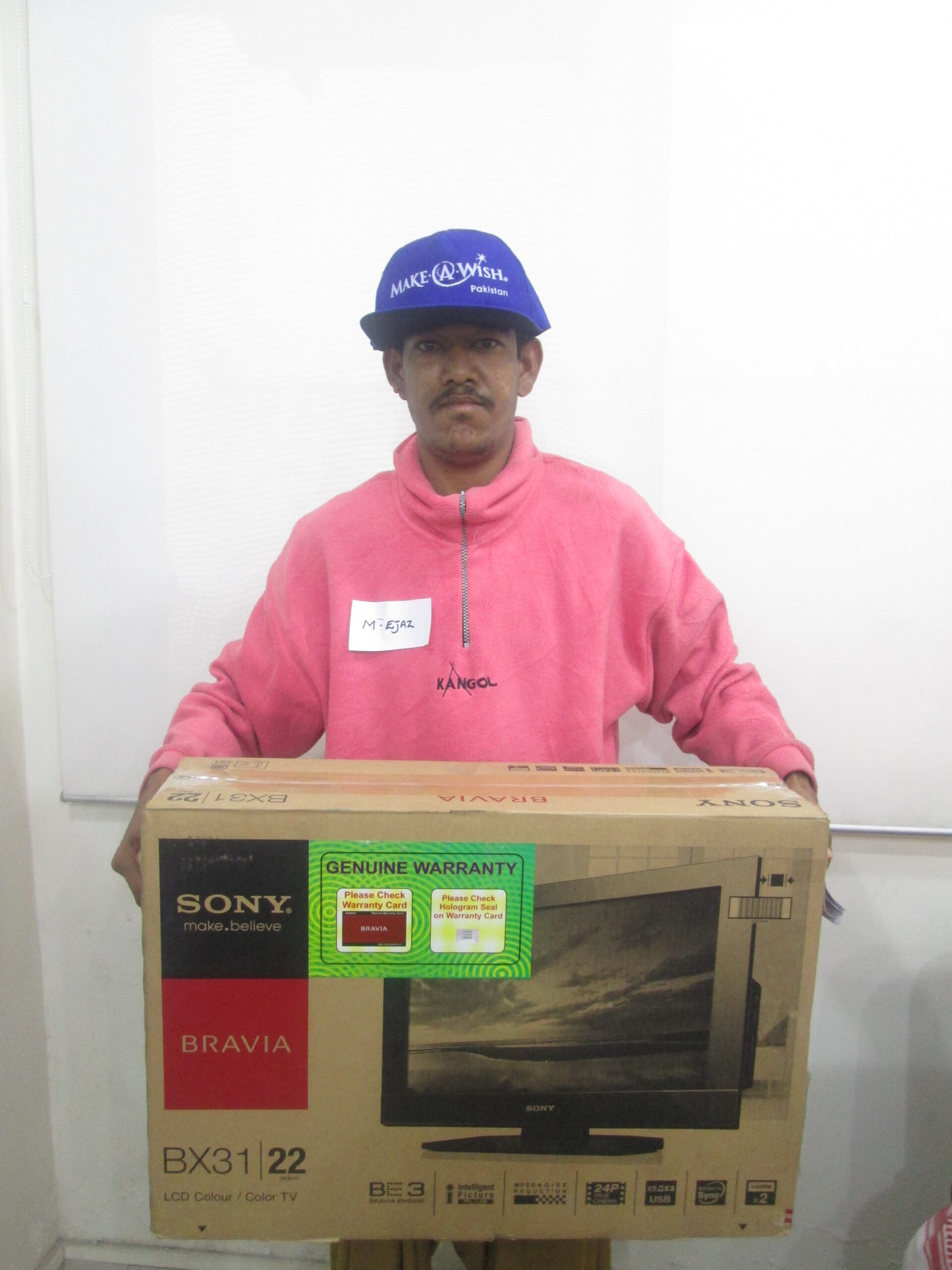 Make-A-Wish Pakistan was able to bring a change in the life of M Ejaz. 16 years old boy M Ejaz , suffering from Thalassemia Major  a life-threatening illness. When met with our team of volunteers Ejaz told about his keen interests towards film making and showbiz. When talked about his aim in life he told our team that he aims to become a film director. He is eager to watch films and drama but the uncertain situation for him was that he does not  had Television at his home and he often had to go to his neighbor’s house to watch T.V. when asked about his wish he immediately said ‘I wish to have a television’. Ejaz had always dreamt to have a television in his home.   Make-A-Wish Foundation Pakistan managed well to grant his wish of television and on the 30th December 2013 in a ceremony, gifted him his ever desired wish.   At the wish granting day Ejaz came with his parents. A brand new color TV was presented to him by Make-A-Wish Pakistan. His happiness had brought a glow on his face as now she can watch his favorite program at his home. 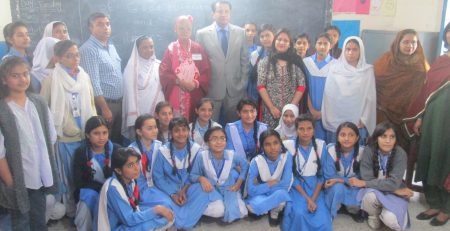 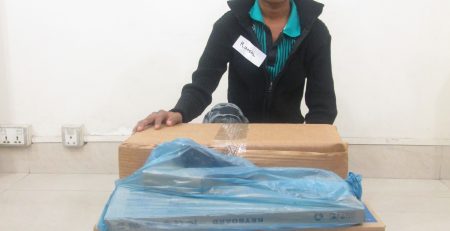 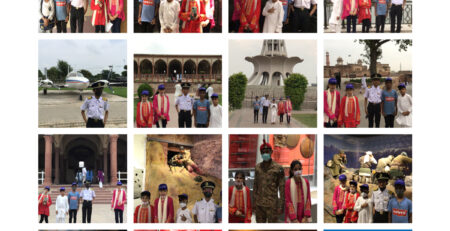 Shazia Abdullah, just 13 years of age, has spent her life...

Wish to have a goats for qurbani

Anas Jaseem 16 Oesteosarcoma I wish to have a Goat for Qurbani Ali... 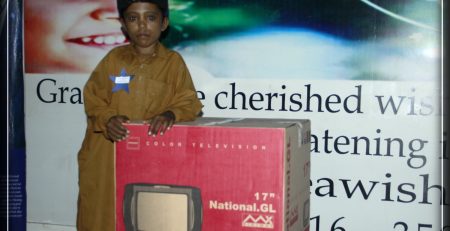 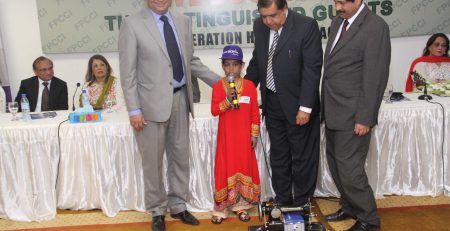 I wish to have a Sewing Machine

It was a memorable day of Kulsum when she was presented...

Wish to have a goats for qurbani